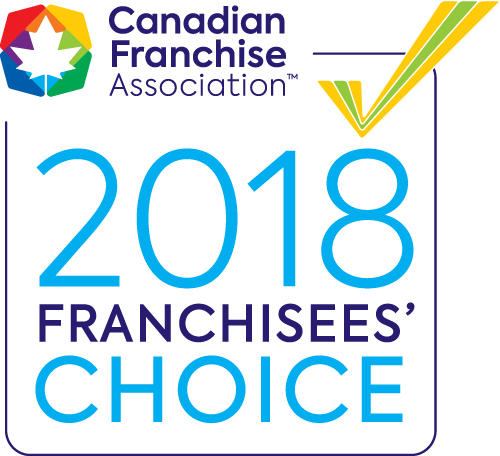 “The true strength of a franchise system lies in the mutually-rewarding relationship between a franchisor and its franchisees,” says Lorraine McLachlan, CFA President and Chief Executive Officer. “Being a Franchisees’ Choice designee is an honour and a vote of confidence because the high rankings in franchisee satisfaction come directly from the franchisees themselves.”

For more information about Franchisees’ Choice designation and a full list of winners, visit www.awardsprogram.ca

About the Canadian Franchise Association

The Canadian Franchise Association (CFA) helps everyday Canadians realize the dream of building their own business through the power of franchising. CFA advocates on issues that impact this dream on behalf of more than 700 corporate members and over 40,000 franchisees from many of Canada’s best-known and emerging franchise brands. Beyond its role as the voice of the franchise industry, CFA strengthens and develops franchising by delivering best-practice education and creating rewarding connections between Canadians and the opportunities in franchising. Canadian franchises contribute over $96 billion per year to the Canadian economy and create jobs for more than 1.8 million Canadians. Learn more at www.cfa.ca or www.FranchiseCanada.online.